Success Is A Process! 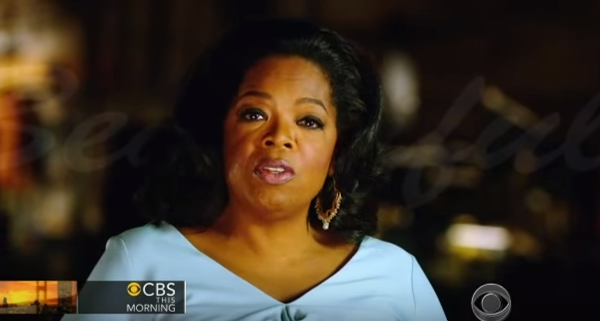 “Success Is A Process. Moving with the flow of life and not against it will be your greatest achievement.” – Oprah Winfrey

In this wonderful segment of “Note to Self” on CBS News and in rare form, Oprah Winfrey shares what she would say to her past self and the wisdom she would share in the now.

She starts the letter sweetly with “Dear Beautiful Brown-Skinned Girl”. She ackowledges the beauty within herself, which is something she has shared in many interviews that she didn’t feel as a child growing up. She says, “And I say beautiful, because I know that’s never a word you would ever call yourself.”

She talks about the good times and how proud she is of herself, but she also addresses her relationship with Bubba ( One of her early boyfriends). She takes Bubba to the television station she first worked at and gave him a tour. She says, “He seemed less than impressed, but the truth is that he is intimated. You don’t know this yet, because you see yourself only through his eyes. A lesson that you will have to learn again and again and again” – to see yourself through your own eyes and to love yourself through your own heart.”

She continues to share that she spent too much time trying to please other people and being what they wanted her to be. She told herself that she understood why she was like that. It was because of the wounds of her past. Being raped at 9 and molested between the ages of 10 through 14, and being whipped as a young girl by people that said that they loved her, because she stepped out of place.  You see, she wasn’t allowed to cry out or even be angry, which damaged her self-esteem.

But through it all she says to her past self, “You managed to hold on to a belief in God and even more importantly, God’s belief in you. That my dear will be your single greatest gift, knowing that there is a power greater than yourself and trusting that force to guide you.”

She talked about the day her life was forever changed. It was the day she answered a call from Chris Clark who was a News Director at WLAC TV. She later became a news achor in her senior year of college.

It was Oprah’s never give up attitude, even when she felt like it that has sustained her. Her faith and belief in God and trusting that he has a better plan for her life has taken her places she never imagined she could go.

1. Know that there’s a higher power, something greater than yourself
2. You must learn to see yourself through your own eyes and love yourself through your own heart.
3. Be gentle with yourself. Know that you are beautiful
4. Inspite of your obstacles and trials, hold on to your belief in God
5. Stay open to opportunities, because it can be God opening the door to your success path
6. Success is a process. Never, ever give up on your dreams and goals
7. Move past what others think and create your own thoughts

Source/Disclaimer: This video was produced by CBS News and was uploaded to Youtube.  Lifestyle For Her makes no claims or ownership of the video footage.

Oprah Winfrey
Writes A Letter to Herself!